In 2016, IFCAH exceptionally funded projects on Congenital Adrenal Hyperplasia for an amount of 448 000€: following IFCAH’s call for projects, 21 letters of intent have been received. Among them, 18 where eligible and 7 have been pre-selected for being reviewed and auditioned by the Scientific Council the 4th of July 2016.

Pr Michel Polak (president of IFCAH’s scientific committee) announced on September 10th 2016 the selected projects in front of 4000 endocrinologists from 105 countries at ESPE congress (in Paris this year):

Funded projects summaries will soon be available online on our IFCAH website. 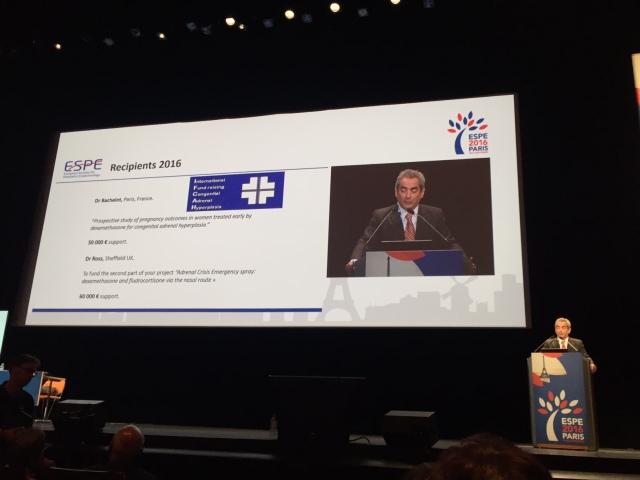